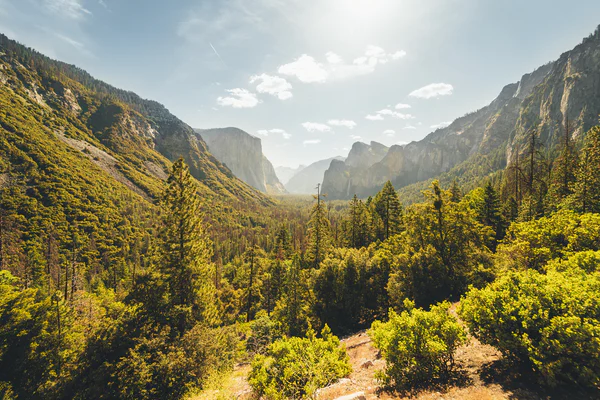 Deforestation is a term used to describe the mass cutting of trees in forested areas. Trees are being cut down every day for the use of agriculture and infrastructure, all for our anthropologic succession. To advance human society, the massive erasure of trees is hindering us more than it is benefitting us.

There is no doubt that trees are vital for life. Accounting for approximately 31% of the land on Earth, they provide shelter for nearly 80% of land animals, such as bears, birds, rhinos, and elephants (“What Is Deforestation?”). They can trap carbon dioxide, a prominent greenhouse gas that heavily contributes to global warming. Due to their ability to occupy heat, they save energy by lessening the need for air conditioning. They absorb pollutants, filter contaminants, and provide mammals with oxygen. Trees also absorb precipitation within their roots, resulting in less water going down in sewers, improving water quality, nourishing soil, and mitigating the impact of rainstorms. Not only do trees benefit the environment, but they also have widespread positive effects on the economy and society. They provide jobs for at least 54 million people and are also vital to another 250 million people on Earth, who rely on them for a steady supply of income and shelter (Nunez).

As shown above, trees serve numerous functions such as protecting animals, improving air and water quality, conserving resources, and assisting the economy. However, by felling trees, these benefits are being compromised with agricultural advancements (accounting for 80% for all vegetation loss), construction of buildings, urbanization, mining, and transportation, which are selfishly empowering giant corporations and the economy (“What Is Deforestation?”).

Here are some alarming statistics regarding deforestation:

As the stats depict, severe damage has been done to forests around the globe. Deforestation has generated numerous profound effects on the environment and society, portrayed below. 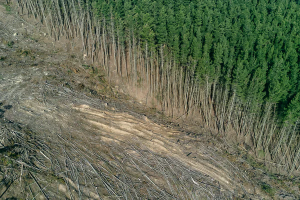 The lack of trees will contribute to global warming, prevalent in the past few decades. Forests are excellent sinks for greenhouse gases, such as carbon dioxide, and harmful pollutants, such as cholera. Without trees, these gases will remain in the atmosphere, slowly but inevitably causing irreversible damage to the planet. Plus, the heat provides an excellent breeding ground for bacteria. Not only the atmosphere but also urban centers without vegetation can consume plenty of heat—up to nine times as much without tree canopy—wasting energy for cooling (Al). All of this combined leads to poor air quality, which can cause acid rain, bronchitis, and diminished lung function.

Loss of Habitat and Homeland:

Due to the massive proportion of land animals that rely on forests to survive, cutting trees down directly gets rid of their habitat. This results in a shortage of food supply, shelter and also leads to a reduction in breeding rates, diminishing biodiversity, which supports the ecosystem and plants. Additionally, wildlife is more vulnerable to predation, wind, sunlight, invasive species, and human conflicts such as poaching and roadkill (Greentumble, et al.). In conclusion, species are more likely to become endangered or extinct. Not only are species of animals affected, but also humans are dangerously impacted. Indigenous communities that survive in forests are unfamiliar with the industrialized world, so getting rid of their habitat will disrupt their lifestyle. Plus, much of the poor rural community relies on forests for income, which will heavily dismantle their lives.

Trees can lessen the impacts of heavy precipitation by absorbing rainwater through its roots before releasing it into the atmosphere. Therefore, removing trees would increase flooding and mudslides, destroying infrastructure, damaging crops, and spreading illnesses. This also affects soil, as the lack of tree canopy to shield soil leads to heavy rainfall splashing, which loosens up soil particles, making soil susceptible to erosion. Due to this, runoff increases, meaning that vital nutrients are less likely to be absorbed into the soil, reducing its quality (Nunez). According to Red Cross Research, environmental disasters relating to deforestation and soil erosion have displaced more people than war and conflicts, such as the Syrian crisis, have.

What Can Be Done?:

There’s an increased demand for resources with the growing human population, which means that the trees are at stake. Although trees are rapidly disappearing, you can contribute to reversing deforestation.

Often, the resources that are available to us are being wasted. According to “The World Counts,” 26% of paper products are present in landfills, and paper production uses enormous amounts of energy and water and contributes to pollution. To conserve paper, you can recycle all paper waste, maximize the use of paper by reusing it, reduce paper usage by using email rather than paper mail, and use non-paper plates and bowls for eating.

Palm oil production is one of the significant causes of deforestation. It is the most widely used vegetable oil on the planet and is present in countless everyday items, such as shampoo, lip balm, detergent, soap, biodiesel, and food items, including pizza dough, ice cream, chocolate, margarine, and instant noodles. Although a portion of palm oil production is responsibly produced in regard to the environment, it constitutes a large number of trees being cut (“Which Everyday Products Contain Palm Oil?”). To counteract the irresponsible production of palm oil, you can purchase items made with certified sustainable palm oil, which can be identified by an “RSPO” label (Guindon).

You can contribute to change by supporting non-profit groups aimed towards saving rainforests and biodiversity, which is at stake due to deforestation. From protecting the Amazon rainforest to educating people on their everyday decisions, each organization listed below has made great strides towards saving the environment.

One such organization is the Amazon Watch. (http://www.amazonwatch.org/) – It is a non-profit organization dedicated to safeguarding the Amazon Rainforest and advocating for the indigenous peoples’ rights to claim their land. With its extensive documentation and media coverage on the horrors of the Amazon’s prestigious rainforest, it continues to inspire many to fight for a cause.

Forest Stewardship Council Canada (http://www.ca.fsc.org/) (FSC) is another global non-profit organization devoted to helping businesses and consumers to make informed decisions about forest-related goods that they buy to retain forests’ health. With the international certification and labeling system that it holds, FSC can encourage many to manage forests through its business practices responsibly.

Conservation International (https://www.conservation.org/) is focused on the bigger picture: maintaining humanity’s arboreal relationship with nature. Like Empower and Help’s mission to empower youth to pursue their dreams, Conservation International empowers people to protect nature, as we depend on it for food, shelter, fresh water, and livelihood. They do this by conserving ecosystems crucial to halting climate change, restoring coastlines, and exploring the deep sea. 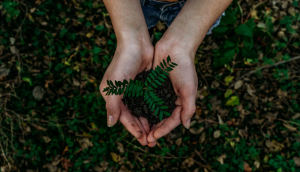 With the ever-increasing need for crafting resources, building infrastructure, and strengthening the economy, trees are ruthlessly being cut down. However, there is still time to create an impact. Mindfully using resources, avoiding products with irresponsibly-harvested palm oil, planting a tree, and funding deforestation groups make a huge difference. With the help of everyone, we can coexist peacefully with nature’s beloved trees.

“What Is Deforestation? Definition, Causes, Effects and Solutions to Stop It.” Youmatter, 13 May 2020, www.youmatter.world/en/definition/definitions-what-is-definition-deforestation-causes-effects

Nunez, Christina. “Deforestation and Its Effect on the Planet.” Environment, National Geographic, 3 May 2021, www.nationalgeographic.com/environment/article/deforestation

“The Effects of Deforestation.” WWF, www.wwf.org.uk/learn/effects-of/deforestation

[By Samay Bhinge, is Empower And Help Student Ambassador 2021 from North Carolina]