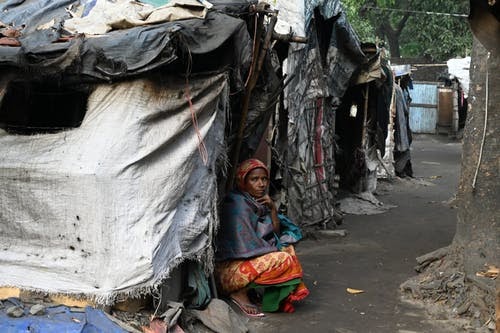 To gaze at the millions of little stars in the sky as the many children in the world dream of having food at the table and clean water to drink. To stare at the reflection of an impoverished child dressed in grimy rags and scars written all over. What has our world come to? Poor children enduring torment and tribulation!? Day after day children perish due to starvation or lack of sanity and good healthcare. The EmpowerAndHelp Global Awareness Challenge works to spread awareness of the issues that are occurring worldwide and how they must come to an end. Poverty has affected those around the globe as evidenced by the lack of proper health, the increase in crime rates, and the deaths caused by starvation.

To begin with, the lack of proper health has taken a toll on innocent children and families. Millions of benignant people from third-world countries perish due to living in poor, unsanitary environments. A poor-quality living style is caused by deprivation. Lack of health care has become a devastating event and has proposed serious effects on mankind if not altered. These victims of poor quality living are paying the consequence for their misfortune. Adding on, the American Journal of Public Health states nearly 45,000 deaths annually are associated with health care deficiency (Cecere 1). Not to mention, the escalation of people who do not possess medical help has created a substantial increase in death rates. In brief, the shortage of medical care is affecting those who are less wealthy and if not treated mortality rates will continue to increase exponentially. 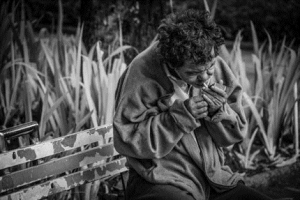 Furthermore, privation has led to the enlargement of crime rates. Having scarce resources and malnutrition has caused deprived people around the world to turn to a felony. High crime ranks have proven to originate from the effects of poverty. From poor neighborhoods to large cities, poverty has established to be a worldwide solicitude. This conclusion illuminates the challenges poverty has brought upon the people, forcing them to get involved with transgression. Involvement in crime has become a major concern to society and will continue to progress if not altered. Proceeding, Poverty, and Crime: Breaking the Vicious Cycle claims that countries that are less fortunate have proven to have more negative influences leading to more criminal offenses (Poverties 12). This excerpt verifies the conviction that unprivileged communities or even countries are more likely to be involved in crime and felony. All in all, within the poverty-stricken communities throughout the world, humanity has exhorted to fraud and theft which will continue to escalate if not adjusted.

Finally, poverty itself has influenced a massacre of mankind. Innumerable lives have been taken due to the low income and lack of wealth to support families. In fact, as stated by The Washington Post, “In the U.S, about 2.6 million people die every year — and most of those deaths are associated with poverty” (Rodriguez 2). This estimation delineates the gravity of low-income countries and how poverty has become an expanding issue. People from different ethnicities are suffering from this devastation and it will continue to weaken humanity unless a change is proposed. Moreover, the fatality of the people has become a controversial topic that needs to be altered. Therefore, poverty has predisposed the dispatch of humans and the importance of catering to the millions of people who are attacked daily by starvation, adversity, and poor-quality living conditions, etc.

In conclusion, the shortage of living conditions is encouraged by the absence of appropriate health, the intensity in crime rates, and the immense deaths per year. Every day children hanker the privilege of food and clean water. Ceaselessly children work brutal hours in the beaming sun from dust to dawn just to help sustain their families. Every day children endure the torture of no refuge. The freedom to look in the mirror and see a child wearing immaculate, new clothing is a concession that many children don’t have, but will that change? Will poverty come to an end?! The EmpowerAndHelp global challenge works to elucidate the throbbing lives the people undergo and how they can make a change. From leadership, creativity, and kindness this generation will make a change…the change! I am looking to raise awareness about Poverty through various ways including EmpowerAndHelp Global Awareness Challenge. We hope you join #EmpowerAndHelpGlobalChallenge .  We look forward to seeing your videos to raise awareness and proposing solutions.