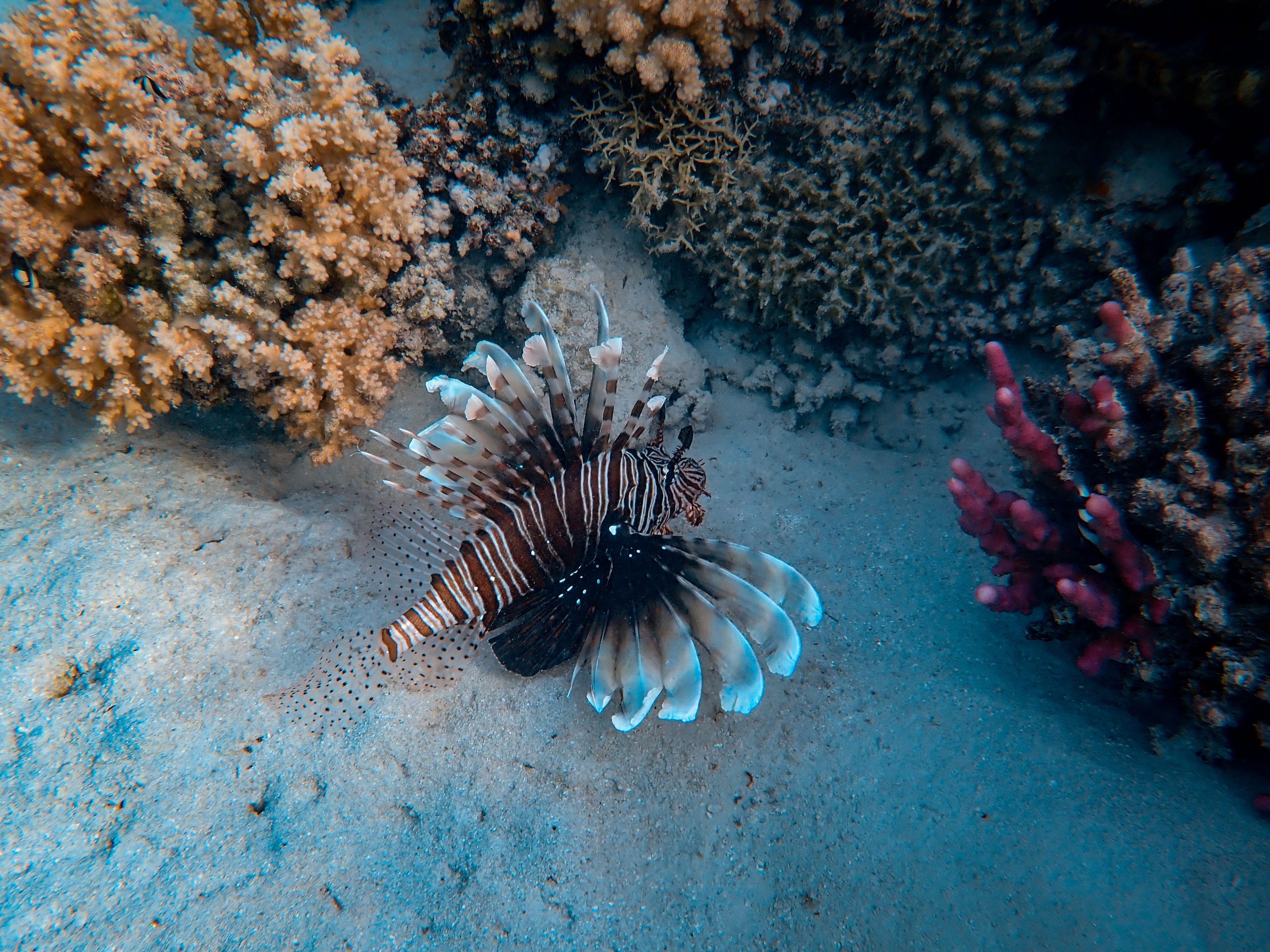 What do you picture as your favorite vacation and what would you like to do? Many people love to take vacations where the beach is. 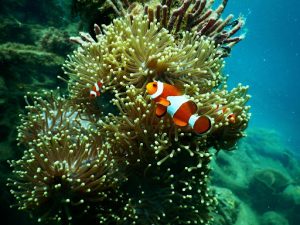 People normally only see blue waters in the ocean, but there is fantastic life below the ocean waters. Here lies all the marine species, the algae, the sand, the plants, and most importantly the coral!Coral is a hard stony substance produced by certain smaller marine invertebrates as an external skeleton. Coral is the most important life-supporter in the ocean and many species depend on it. However, in the past 4 years, coral reefs have been endangered and have the possibility of becoming extinct! There are many different reasons, but the main cause is because of us humans.

We, humans, are causing the deaths of an important underwater ecosystem that will only live if we change our actions. The top reason that coral reefs are suffering is because of coral bleaching. Coral bleaching is the process in which the coral  turns completely white. Coral is colorful because of an algae called zooxanthellae. When it becomes too hot and the ocean temperature fluctuates, the zooxanthellae algae will leave the coral and the color is lost. The coral won’t let the algae back in because it has left already, and the coral is left to die. According to the article, “What is Coral Bleaching?” written in January 2020, studies show that in 2005, “the US lost half of its coral reefs in the Caribbean in one year due to a massive bleaching event. The warm waters centered around the northern Antilles near the Virgin Islands and Puerto Rico expanded southward. Comparison of satellite data from the previous 20 years confirmed that thermal stress from the 2005 event was greater than the previous 20 years combined.” One massive bleaching event wiped out so many coral reefs. It is painful to imagine how many more events have happened over the years or may be happening this very minute. 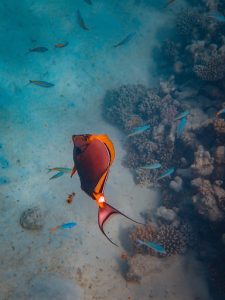 Recently in April 2020, an article written by the ARC Centre of Excellence Coral Reef Studies states, “Australia’s iconic Great Barrier Reef is experiencing its third coral bleaching event in just five years. TThe 2020 bleaching is severe, and more widespread than earlier events. For the first time, severe bleaching has struck all three regions of the Great Barrier Reef – the northern, central and now large parts of the southern sectors.” The Great Barrier Reef from Australia is one of the top 5 reefs suffering from this problem. When the ocean temperatures get warmer and the water quality is low, it is very difficult to regrow its algae. In very rare cases, the coral can return to its normal state, but it takes decades to return to normal. Ocean waters get warmer because of carbon pollution and global warming. Humans are the cause of carbon pollution due to the burning of fossil fuels such as coal, oil, gas. The use of certain machines for cement production, deforestation and many more things can also emit many bad gases. Ocean bleaching is not a direct human impact on coral, but there are many direct human impacts that are affecting the coral.

Meanwhile in today’s world, the most popular activities where you can see the beautiful underwater life are scuba diving and snorkeling. However, many people are not following the rules. 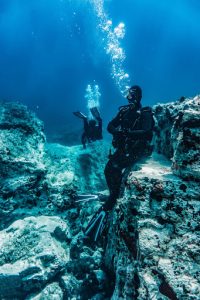 TThe divers are trying to touch or disrupt the coral, and sometimes their clothing or jewelry pieces can get caught on the coral and affect its structure. If simple rules are followed, it can make the growth process of coral much easier. The article “Threats to Coral Reefs!” states, “Propellers and anchors can break apart and crush coral, destroying years, if not decades, of coral growth.” Therefore, when boats send down anchors, the coral can get caught whether it is by accident or on purpose. Other threats by humans include destructive fishing. The article “Overfishing and Destructive Fishing Threats” states, “Over 55% of the world’s reefs are threatened by overfishing and/or destructive fishing. Some regions, such as Southeast Asia, are particularly threatened, where nearly 95% of reefs are affected.” Destructive fishing is a method in which the fisherman drops explosives into the waters to kill groups of fish in one shot. This can affect the coral and it’s living organism located around the blast.Overfishing is also another fishing threat done by humans on the coral reef colonies. “Overfishing leads to declines in fish populations, ecosystem-wide impacts, and impacts on dependent human communities.” Overfishing is a process when the fisherman tries to fish more than they need to or is available in that area. This can disrupt the ecosystem balance in the waters because so many fish are missing. It also changes the dependence of marine life on coral. Other methods of fishing include Cyanide, Bottom Trawling, etc. To summarize, there are multiple factors that negatively affect the coral colonies daily. In order to stop, humans need to change their ways of living.

Ocean Acidification is a huge ongoing crisis in which the carbon dioxide is absorbed by the ocean waters and chemical reactions change many factors of  the ocean water such as reducing the seawater pH levels. This crisis directly affects all parts of the ocean waters and the coral reefs as well. In the article “What is Ocean Acidification?”, it states, increasing ocean acidification has been shown to significantly reduce the ability of reef-building corals to produce their skeletons. Some recent studies show that if ocean acidification is not treated, the coral reefs will have difficulty recovering from the disturbance which can result in the coral reefs eroding faster than they grow. Another effect of ocean acidification on coral includes the thickening process of the coral being slowed down. The article “Scientists Pinpoint How Ocean Acidification Weakens Coral Reefs.” says “Corals grow their skeletons upward toward sunlight and thicken them to reinforce them.” The article also shared the  new research led by scientists at Woods Hole Oceanographic Institution (WHOI), which states ocean acidification particularly impedes the thickening process—decreasing the skeletons’ density and leaving them more vulnerable to breaking.  Ocean Acidification is mainly caused by the burning of fossil fuels. These fuels include coal, oil, gas, carbon, and many others which emit carbon dioxide into the air and the ocean waters. It is strongly believed that factories near the ocean have a higher chance of contributing to such acts, and the gases that are produced from these factories take little time to travel to the ocean. To save the coral reefs and marine animals from these multiple threats, there are many things we humans can do to help.

Every problem has a solution and there are many actions which can be taken to save coral reefs.

First, human contact on coral reefs must stop in order for natural processes and others to follow them. Another solution is we can also change our transportation systems when going to smaller destinations. Most people always like to take their cars even to the smallest destinations. If we make a change, like walking, biking, etc., it can reduce the amount of greenhouse gases emitted. This can reduce coral bleaching in the oceans and allow people to spend more time with their families, especially during  tough times like COVID-19. According to the EPA, “If you are planning to buy a car, choose a fuel-efficient vehicle like a hybrid or electric car.” This tip can be spread around the world to people who are thinking about buying new cars. If we save the amount of greenhouse gases emitted it can reduce coral bleaching, ocean acidification, and the ocean life as a whole. Lastly, simply spread the word and donate if you can! There are many different organizations to donate to such as Coral Reef Alliance! Think about your actions and how they can make a difference.

As an EmpowerAndHelp Global Challenge Ambassador has urged me to spread awareness about the issues that the coral reefs are experiencing and follow these steps myself. I can proudly say that I am reducing my transportation by car and I am currently working on spreading the word about saving coral reefs to others. I know that I can make a change in my community through research on such global issues. We can save the oceans and many marine species if we follow these steps. Together, we can make a difference and save the oceans we love-underwater and overwater.

[By Neha Sambangi, is Global Awareness Ambassador from California]