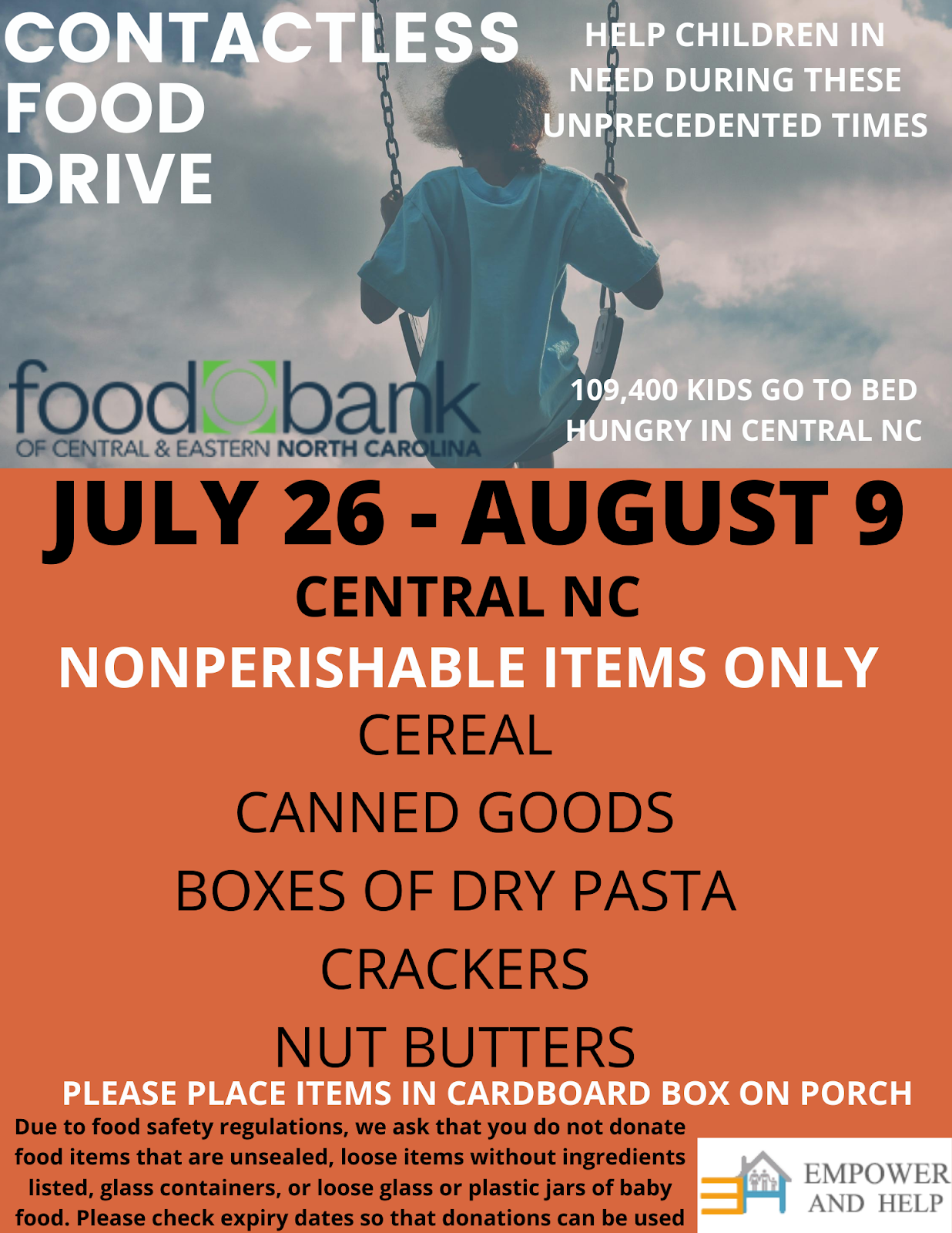 During these unprecedented times, everyone has been struggling, but the financially insecure people of America have been hit much harder than most. Most have been laid off and furloughed. During this time, I decided that I wanted to help my community, so I started the process of organizing a food drive.

Firstly, I asked myself why I wanted to do this food drive and what it meant to me. I then decided that I wanted to do my drive to support children who are hungry, since it is a cause that I am passionate about. I also actively raise awareness about fighting child hunger in my community.

Secondly, I emailed The Food Bank of Central and Eastern North Carolina and asked them if it was okay that I was collecting items for them. I also asked what items they would need the most. They said the items needed were cereal, baby food, canned goods and pasta among others. 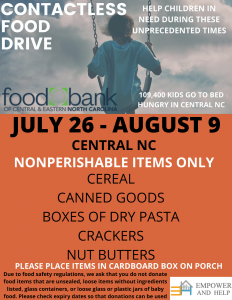 Thirdly, I made a flyer that would show people who the drive was benefiting. Then I put that information on a flyer to distribute in my neighborhood. I put my flyer by the mailboxes and on street lights. I ran into a problem when I was putting my flyers up. The humidity was starting to wrinkle up my flyers and they were not visible. I ended up putting out a new round of flyers, and this time, they had sheet protectors over them. I found this method to be very effective in curbing the humidity.

Fourthly, I let my drive run for two weeks because I did not want my drive to run for too long so that people would not lose interest. I would say that I got the most donations in the first week.

Lastly, I gave the items to the Food Bank of Central and Easter North Carolina. I got 100 items in total. When I was dropping off the items, I felt a sense of pride because I helped my community. It may not have been a lot, but every little donation counts in this war against child hunger.

I am Anshi and this is my first article as an Empower And Help ambassador. I joined the ambassador program in the summer of 2020. At first it was hard for me to collaborate with others, but after a few weeks, I really warmed up to the idea. After seeing what the other ambassadors were doing to give back to the community, I was inspired to give back to mine. I have always wanted to do a food drive and Empower and Help gave me the opportunity to do that.

[By Anshi Marri, is Global Awareness Ambassador from North Carolina]