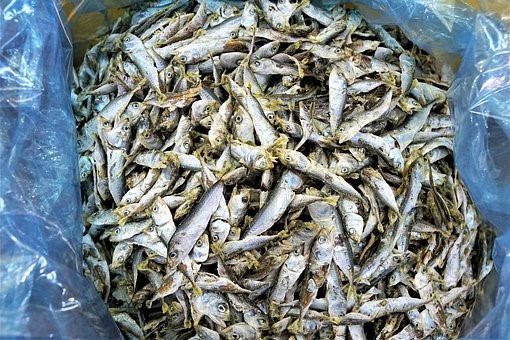 The fishing industry; is the sole organization to be held responsible for overseeing the deaths of over 38 million tons of sharks, dolphins, whales, and turtles, along with murdering more than 24,000 people every year (Nicolas). The fishing establishment has become increasingly problematic and troublesome towards the environment as the year’s pass.

Trawl fishing is one method of destroying the sea. Trawling is where large weighted nets are dragged across the seafloor, damaging and capturing everything in their path (“End Destructive Fishing”). When trawl fishing occurs within a coral reef, the nets demolish the corals, so the marine life that was pre-existing there has no home. That would create a dead zone devoid of life. Additionally, reefs protect coastlines from erosion and storms by providing a barrier between the coast and the open ocean. Over 500 million people’s primary source of food, income and protection comes from coral reefs (“National Oceanic”). The fishing industry is also responsible for finning and culling over 100 million sharks per year (McCallum & Pan). 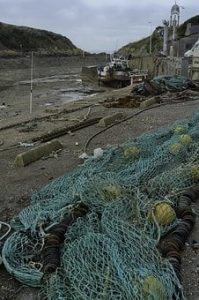 The claim for the mass killing of sharks is their attacks on humans, but this is not true. On average, only ten people are killed in unprovoked shark attacks a year. However, over 11,471 sharks are murdered by humans every hour (Mosbergen)! The death toll for sharks is said to be close to 100 million, but more recent papers say that it could be anywhere from 63 million to 273 million sharks per year (Mosbergen). The practice of shark hunting is called culling. When sharks are culled, it directly damages the ecosystem by throwing off the biome structure.

An astounding fact that many people don’t know is that the ocean provides 50 to 80 percent of the world’s oxygen (Tabrizi). Surprisingly, plankton is the main producer of oxygen in the ocean. When people fish an already unstabilized apex species such as sharks, Bluefin tuna, and Barracuda, those apex species will die out. When that happens, the smaller middle fish such as Yellow-tail Snapper and Black Grouper now become overpopulated. The middle fish then deplete the smaller fishes’ food supply because more quantities of sustenance are needed to sustain the higher population. Theoretically, there would be no more small fish to sustain the middle fish, leading to the death of the middle fish. The lowest fish, such as Atlantic Blue Tang or Queen Conch on the pyramid can replenish and overpopulate when this happens due to the lack of competition for life and food. The issue is that the lowest fish eat plankton; therefore, depleting their food source. This plankton loss reduces the usual 50-80% oxygen production yielded by plankton (Tabrizi). That results in no other species being able to survive on land or in the ocean. Even though we are years from the ocean’s plankton not producing oxygen, fishermen deal with threats to their life daily.

Every year, without fail, industrial fishing is ranked as the most dangerous occupation. Over 24,000 people per year die while trying to earn a source of income for their families (“Fishing Among the Most Dangerous”). The most frequent threats are falling overboard, incidents with ocean vessels, and diving-related hazards (“Maritime Injury Guide”). Additional research by the Global Slavery Index has shown that about one out of six people is forced to work in the industry. According to the Global Slavery Index, China, Japan, Russia, Spain, South Korea, Taiwan, and Thailand are highly vulnerable to slavery. Furthermore,

These ‘high risk’ fishing activities are characterized by a high proportion of catch taken outside their own waters at a greater distance from home waters than average, by high levels of unreported catch, and by higher than average levels of harmful fishing subsidies. Except for Spain, instances of serious labor abuse have been reported. Combined, these seven countries generate 39 percent of the world’s catch (“Fishing: Global Slavery Index”). 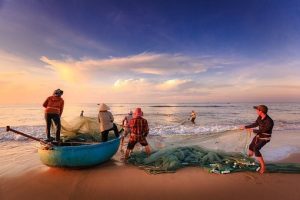 Marine populations are drastically crashing, and they may never become ‘normal’ again. The fishing industry is capable of sustainable fishing; we need to be aware of our effects on the environment until that happens. So next time you take a bite of that fish, ask yourself, is it really worth it? 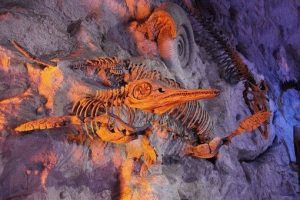 [By Anshi Marri, is Empower And Help Student Ambassador 2021 from North Carolina]