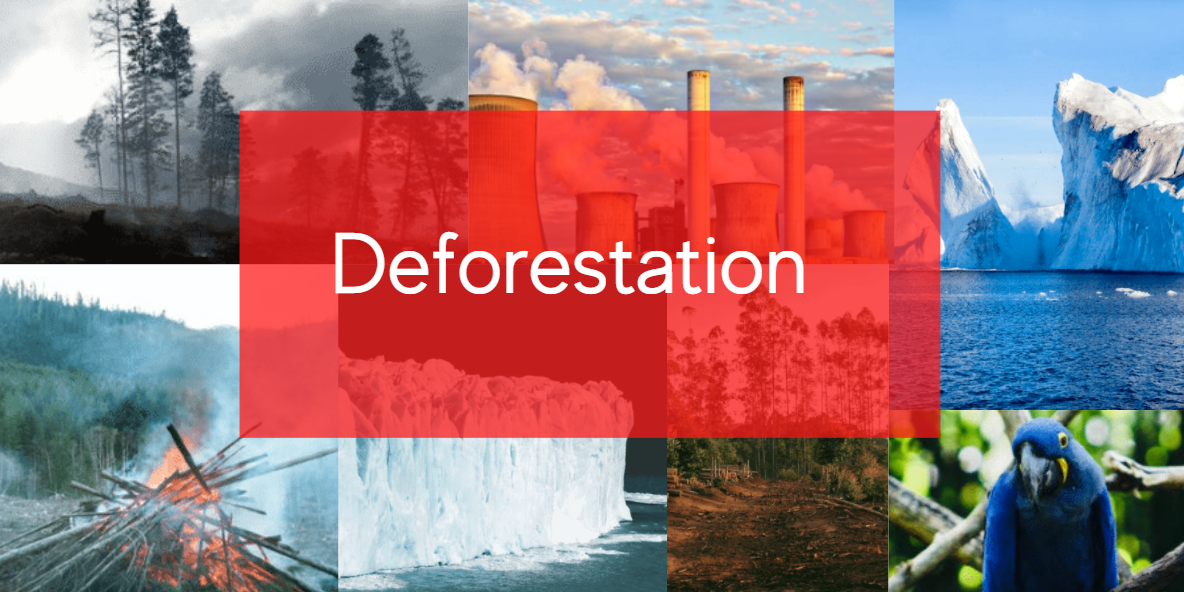 Cutting down forests can have a considerable impact on our environment, including climate change or global warming. You may be wondering how cutting down forests plays a role in global warming. A scientist named Joseph Stolio believed in the concept that if the sun radiated heat, the earth would be hot, but if the heat bounced back, the earth would be too cold. Therefore, he concluded that something must be preventing some of the heat from escaping. This led to his famous theory of the greenhouse effect. The greenhouse effect works like a blanket wrapped around the earth. The blanket traps the heat from the sun on the earth. The blanket gases are called greenhouse gasses. These gasses include carbon dioxide, nitrous oxide, and methane. The more greenhouse gases emitted into the air, the more heat is trapped in the earth, making our planet’s temperatures change (“Meet the greenhouse gases”). Changing temperatures can create a domino effect that affects all plants and animals.

An example is when the ocean absorbs these gases reducing the greenhouse gases in the air. Still, because of our rapid release of CO2, the ocean absorbs more than usual, affecting the temperatures coral needs to survive. Another example is melting ice increasing sea levels. So, global warming doesn’t affect us, right? Actually, it does. You might already feel changes in the weather, like temperature drops in spring or no snow in winter. The rising sea levels may lead to some cities and towns sinking in the future. What does global warming have to do with deforestation, you ask? Plants are the only living creatures that absorb carbon dioxide, the greenhouse gas we emit when driving our cars. When you cut down a forest, you are expediting the effects of global warming. Deforestation also affects animals.

When humans cut down forests, many animals lose their homes. This effect on animals can also be called habitat loss. It has been found that 80% of the species that live in the forest have been impacted by farming, mining, urbanization, and more, making humans the primary cause of habitat loss (“Deforestation”). A species that has been gravely affected is the Hyacinth Macaw. These birds are nearing extinction because of deforestation (“Foreign Species”). Deforestation does not only affect the animals in specific ecosystems but the animal kingdom as a whole. The extinction or decline of the population of a specific species can affect the food chain, and climate change can affect the temperatures that plants and animals need to survive. When creating some farms, we cut down the forest and burn them. This method is called slash and burn. This technique comes with the risk of erosion and nutrient loss. Nutrient loss is when the soil slowly loses essential nutrients the plants need (“Tropical deforestation”). This can affect the growth of the plant and the farm’s production yield.

Since you’re cutting down forests and burning them, the roots of trees and other plants that give the ground stability are gone, resulting in erosion risk. This technique is also hazardous to forests where the forest could be lost forever, and animals that live there could be hurt.

Right now, there is no permanent solution for deforestation, but some things you can do to help fight deforestation include:

[By Srideekshitha Sureshkumar, is Empower And Help Student Ambassador 2021 from North Carolina]